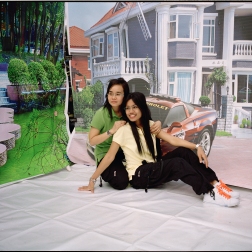 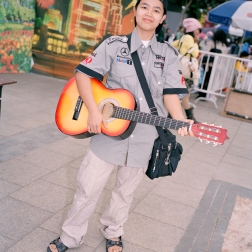 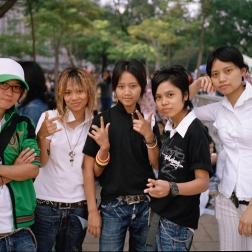 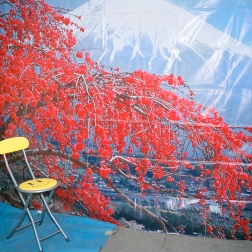 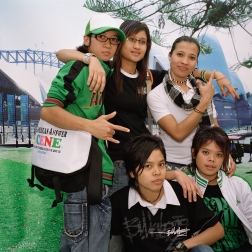 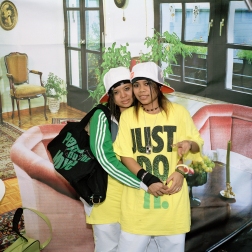 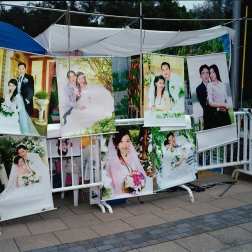 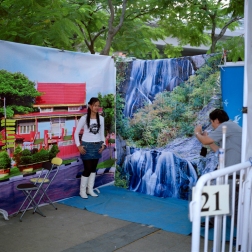 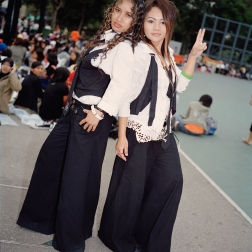 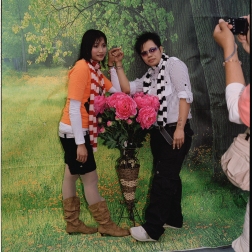 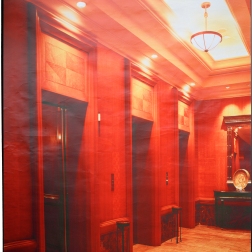 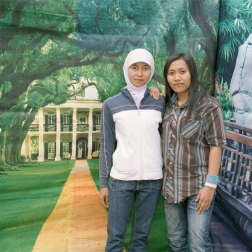 A moving city. All women. Every Sunday, thousands of domestic workers from all over Hong Kong hang out in Victoria Park to socialize , share food, job tips and news from home. Mostly from Indonesia (but also some from the Philippines, Sri Lanka and Malaysia) they work as live-in maids for about $500.US per month.

These temporary architectural structures house photo studios run mostly by migrant workers from China. This series of photographs reframes the typical backdrop photography, letting other elements into the frame.

Picture-taking at the photo vendor booths in the park is utilized primarily by domestic workers. Women get their pictures taken with friends, “wives” and “husbands” in front of exotic backdrops such as rainbows, dolphins, cityscapes, urban metropolis’, a suburban living room, the Sydney Opera House, Tiananmen Square or St. Petersburg.
Photos are 30″ x 40″

Portraits of women with photos taken by temporary studio photographers 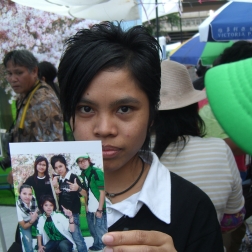 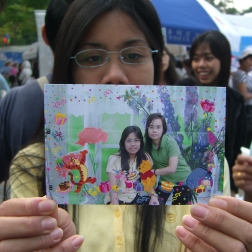 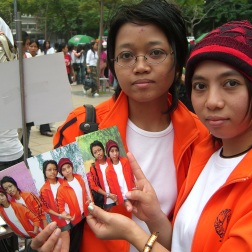